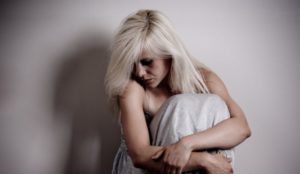 “Swedish police warn lots of rapes will happen this summer and advise women not to go out late,” by Joshua Cullen, Voice of Europe, May 19, 2018:

After two rape attempts in Östersund this weekend, the police urged women not to go out late. They also issued a warning that “much like this” will happen this summer, Fria Tider reports.

Two similar rape attempts took place this weekend, one on Saturday and one on Sunday. Police explained the same offender could be involved: A 175cm tall man, of about 25 years, dark haired and darkly dressed.

Police investigator Suss Braunerhielm said in an interview with P4 Jämtland: “This summer, more like this will happen, I think” she added that women “should be alert and preferably not go out late”.

She added that people should accept the new situation and that they should take precautionary measures:

“Do not change your life but be vigilant, absolutely. Feel free to talk to your mobile phone, get in touch with someone familiar, preferably do not go late. Then we can probably accept that it’s simple,” Braunerhielm said….